We are in Minnesota with my family for this whole week - being teachers has its perks! Actually, the only reason Shana has the whole week off is because her school district is on a "balanced calendar," which leads to earlier starts and later ends, but a great schedule of breaks throughout the year. This trip to Minnesota has been great so far. We've not wandered too far from home, as my mother's health isn't all that hot, but it's been great to be low-key and have family time. With that said, we have done some fun things, such as seeing a show at Chanhassen Dinner Theater and cutting down a Christmas tree.

Yesterday (Thanksgiving) we spent a low-key morning and started cooking in the afternoon. My parents are omnivores (but my mom eats very little), but since Shana and my sister are vegetarians and I'm vegan, most of what we ate was a veganized version of traditional dinners. The dinner menu was marinated/broiled tofu for "the girls," turkey for my parents, stuffing, mashed potatoes, roasted root vegetables, gravy, and pumpkin pie for dessert. Everything was going well until we realized the oven wasn't working. Seriously. The oven stopped working on Thanksgiving. After a couple of moments spent staring at each other, my dad and I realized the broiler still worked. We just moved the oven racks down low in the oven and stirred/rotated food more often. Since I'd planned on broiling the tofu anyway, that part was perfectly fine.

Luckily for all involved, I'd made the pumpkin pie a day in advance (required for this recipe). Although I knew that Shana and I loved this pie, I was worried about my dad liking it, as he's the main pumpkin pie cooker in our house. He said it smelled good while it was baking and said that it looked good when it was cooked, but the real test is in the taste. After a bite, the verdict was in - delicious! Whew. I wish I could take credit for the recipe, but this is a very subtle adaptation from Bryanna Clark Grogan's recipe. If you've not heard of Bryanna Clark Grogan, she's an amazing vegan cook who really helped to usher in the current vegan food movement. She's got numerous cookbooks, too. Absolutely check her out! But, enough small talk; on to the pie! 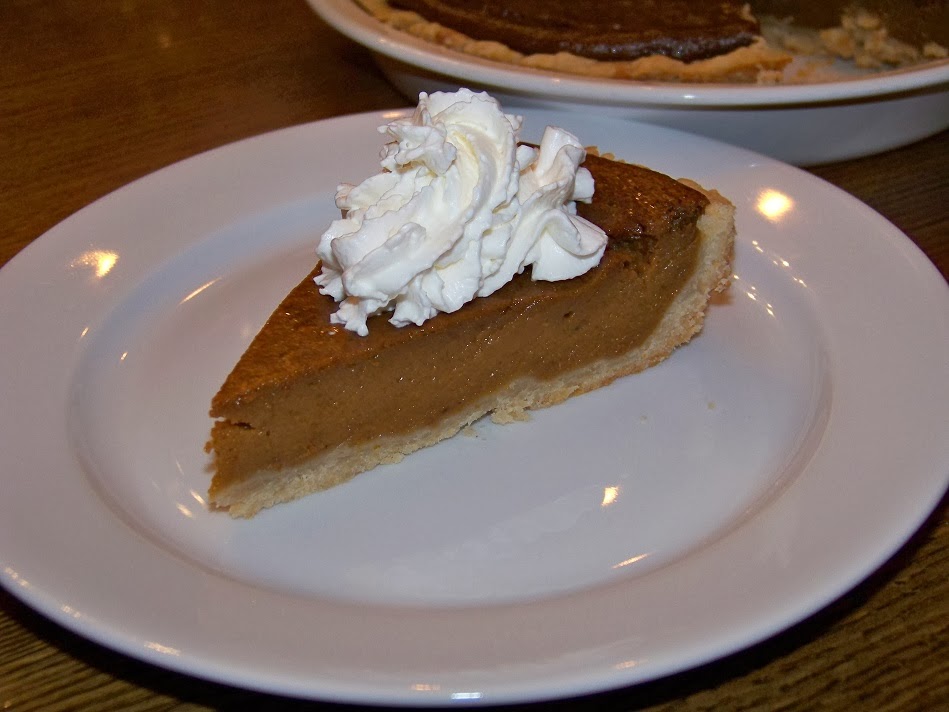 Before I started working here at Earlham, I worked at a school in the far western part of New York state called Alfred. The town of Alfred (home to Alfred University, where I worked, and Alfred State College, a branch of the SUNY system) is a very small town. It has just about 1000 year-round residents. However, with two colleges in the town, the students bring the population up during the school year and make it so that the town hosts a reasonable variety of restaurants, bars, and little shops, including a natural foods store!

One of the restaurants we frequented most in Alfred is called Nana's Japanese Cafe. It is freaking amazing. Shana and I both especially loved the tofu yakisoba that is at Nana's, as the sauce is phenomenal. When we realized we were moving, we questioned many times whether or not we would ever have such delicious yakisoba again, since we're there in the summer when we visit, but Nana's is closed during the summer. So, we tried to get the recipe, but it didn't work. We've had friends who are still there try to get the recipe, but it hasn't worked. We'd all but given up. However, this week we both decided it was time to take matters into our own hands and make a recipe.

After some googling, I mashed together an assortment of recipes that I thought might come close to the taste of Nana's yakisoba sauce (mostly inspired by Mark Bittman's Minimalist video from 2010). Although the sauce I made isn't identical to Nana's, it's a more-than-worthy comparison. I mean, this dinner was simply outstanding. In addition, yakisoba is designed to be fast food, and this recipe is fast and easy!

I've been neglecting you, dear readers. I apologize. As is generally the case, life got a bit busier than I anticipated, largely due to some really awesome (but short) weekend trips Shana and I have taken in the past two months. Since the beginning of October, Shana and I have been away more weekends than we've been home and have had things planned for weekends when we are home. This travel schedule has been wonderfully fun (I was in Minnesota, we saw many good friends in Boston, saw family and did halloween in Philly, and barely explored Fort Wayne), but fast - most trips were 36 hours, seriously, and has definitely impeded my cooking.

This week when we were making our meal plan, I decided we needed to try all sorts of new things. I'd gotten tired of eating the same easy meals the last few weeks and I have all these new recipes and cookbooks laying around my house. Most importantly, this week is just a normal week for us. Feels lovely. I presented a number of options to Shana and she picked this curry recipe (which made me worry that she was an impostor). But since I love curry, I was happy to oblige!

Tonight's dinner was a recipe my Aunt gave to me at some point or another, but we'd never gotten around to trying it. I wish we'd made it sooner. It's so good that it's here on the blog after just one attempt at the recipe. (I generally make something at least twice before it appears here, but given that this is a Mark Bittman recipe at the base, it's got to be good.) Although it's not a traditional curry recipe, as it has ingredients generally not found in the same recipe AND it's got a slight Asian influence, it's still a winner! This recipe has everything going for it: it is simple, speedy, delicious, uses ingredients you can find at any reasonable grocery store, and is fancy enough that you could make it for a dinner party. 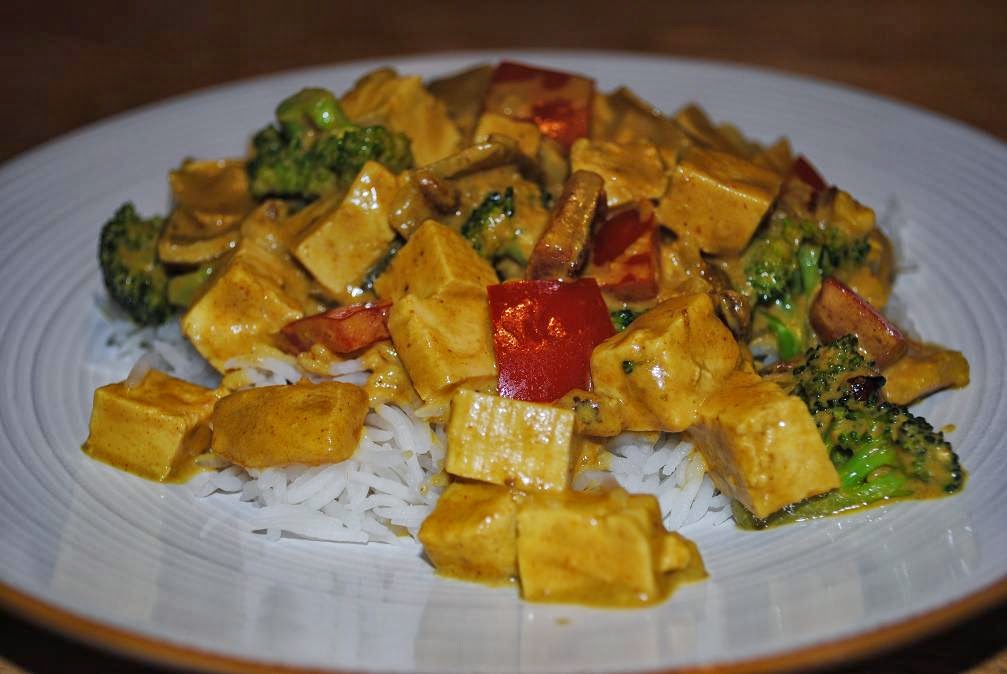