I'm teaching a May Term class for the first time right now (May Terms are a single class taught over 16 days). Since I've never taught a class like this, I had no idea how much work it would be. Don't get me wrong, I'm loving the class and my students (they are such a great bunch!), I'm just more busy and tired than I anticipated I would be after the semester ended. In addition, my busyness is overlapping with an increase in temperatures, which always makes me not want to eat any of the things we've been eating over the winter. Hot weather foods are hard.

Tonight, we opted to deviate from our meal plan, as neither one of us was interested in cooking or eating our planned dinner. Instead, we had Shana's all time favorite food from her college dining hall: "turkey" clubs. We actually started eating these sandwiches a while ago when Shana suddenly realized that we had all the vegan ingredients to make this sandwich. Most likely, it was Shana's discovery that vegan mayonnaise is delicious. In fact, I was admonished to tell you all that Shana has "very strong feelings" about vegan mayo. Actually, most people who try it think it's as good (or better) than non-vegan mayo. I don't feel as strongly as she does, but then again, I never really ate mayo in my pre-vegan days.

This is the ultimate in Lazy Dinners because the only cooking you need to do is the "bacon" and toasting the bread. Other than that, you just slap stuff together. Anyway, since I said I was busy, enough blabbering, here's the food! 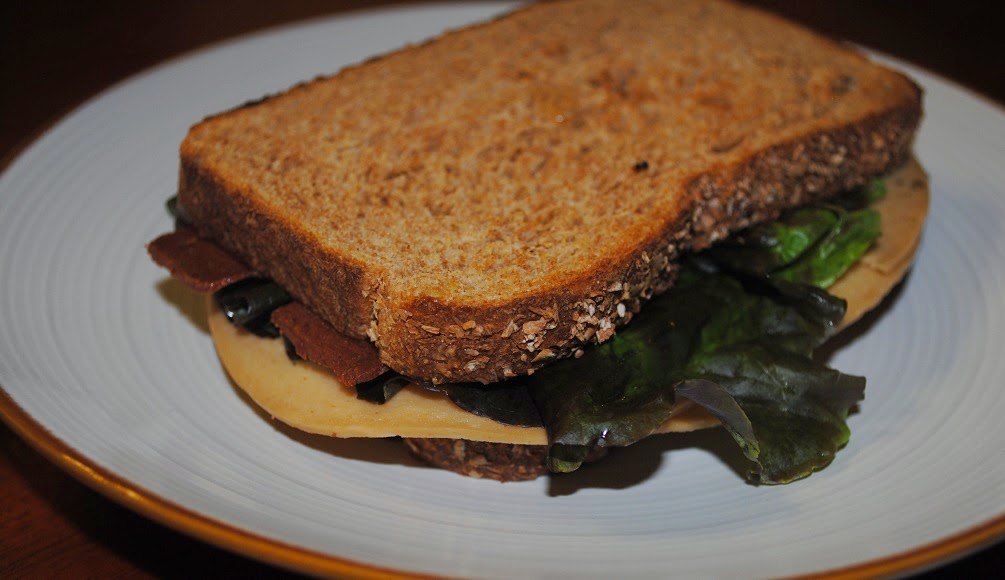 It's finals week. I'm trying to wrap up what has been, almost certainly, the most difficult semester of my life (just in time to start a new course for May Term, a summer of personal and professional travel, and a whole bunch of work to prepare for this next year). In the mean time, I'm procrastinating by working on a new recipe: vegan Pad Thai.

I'm not sure how Shana started eating Pad Thai. I do know that when I met Shana, she ate taquitos and beer; she's come a long way. Surely somewhere in our past I convinced her that Thai food was a relative of her beloved Chinese food and wore her down enough to try a Thai restaurant. Now that she recognizes the awesomeness that is Thai food, it was only natural that I try to figure out how to make my own version of her favorite dish at home. The problem with a lot of Pad Thai recipes is that the sauce includes fish, making it unsuitable for vegetarians and vegans alike.

The beauty of Pad Thai is that there are about a many versions of it as there are people who cook it, so I was certain I could come up with something just as delicious but without any fish! Success! 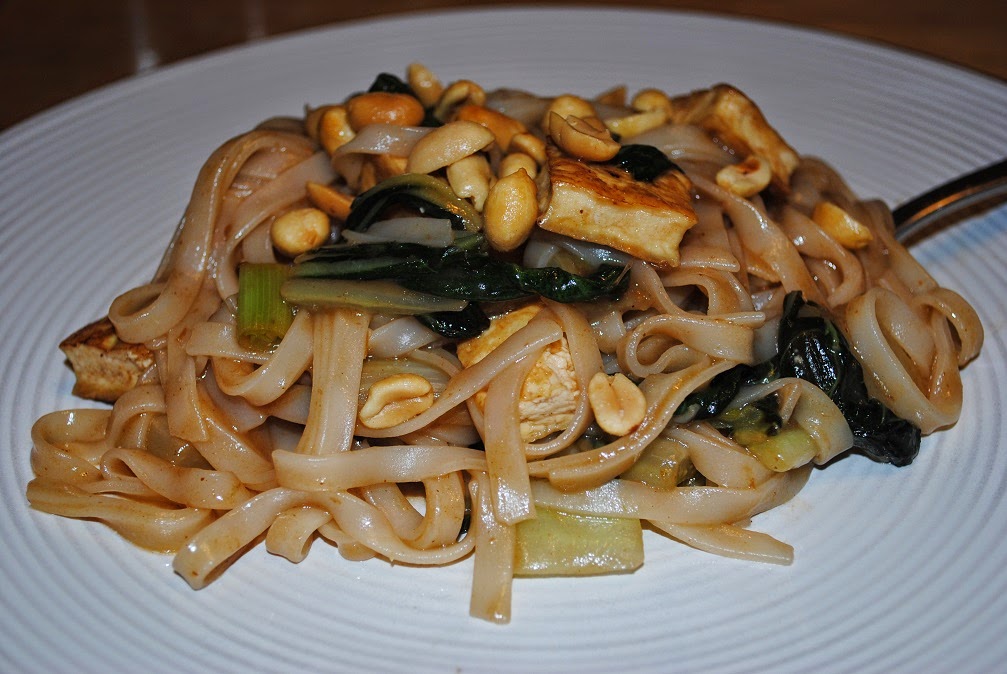 Unfortunately, in order to succeed, I've used some "specialty" ingredients that may be hard to get at your local grocery store, such as tamarind. But if you're serious about making your own Pad Thai, tamarind is a cornerstone in the flavor profile you'll want. Thus, it might be worth searching for some (see Helpful Hints).
Read more »
Posted by maggie at 10:55 PM 1 comment:

I am just finishing up what has been one of the most overwhelming semesters I've ever had. Answering a friend the other day who inquired about how I was feeling, I responded with "ultrawhelmed." (And to be honest, I'm not really done, but next week is finals week and prepping for other things, so I have new/different tasks in which to engage.) This semester is the main reason for my major absence from this blog. To be honest, we've not even been sticking to out meal plan as much as we would normally, as there have been a number of nights where I've just been too busy or tired or both to cook (and Shana gets home too late usually).

In addition to this semester, Shana and I drove home from Chicago today after a 40-hour visit (I was there for a conference) and we had to clean up our house because tomorrow night is the semi-annual Minion Dinner. We've got 7 students coming over tomorrow night for a dinner of soups, salads, and breads (and cookies!!). So, when we got home, we had to clean and go grocery shopping to prepare for tomorrow, which didn't leave a lot of time for dinner.

Because of all of that, tonight's dinner was another perfect lazy dinner: fancy ramen. The only reason we call this "fancy" ramen is because we put something other than just the ramen noodles in the pot. Because it's ramen, this dinner is SUPER fast and easy, plus it's pretty cheap even with the added ingredients. As I've talked about before (see the Helpful Hints), there is only one easily obtainable brand and flavor of ramen that has a vegan flavor packet. 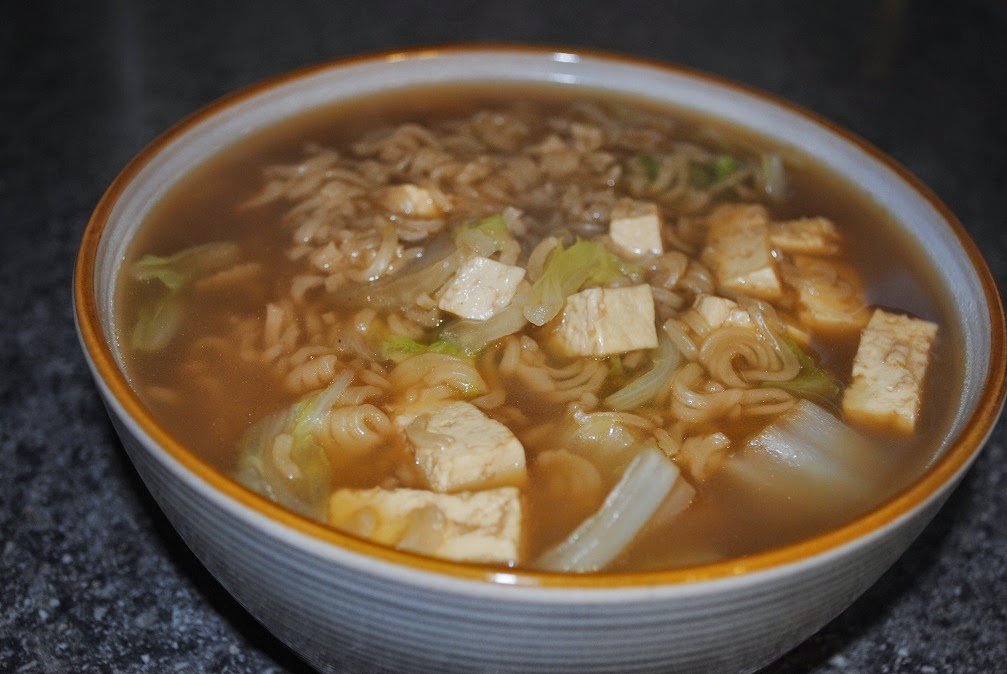