Soup season is the best season because soups are the best. I don't think anyone who has spoken with me in cooler weather and/or visited this blog is surprised at that statement.
This particular soup emerged because I'd been digging past all the lentils in our pantry when my hand landed on a jar of pearled barley. Obviously, the first thing I thought of was soup (I mean, I'd just been touching lentils!), but I felt *certain* I had a recipe for barley soup already on my blog. Turns out I do, but it uses quick barley, not pearled, and in looking at the recipe, it just wasn't the flavors I wanted. Plus, it's very clear that I love lentils in soup. After looking at a huge number of possible ideas on the internet, what emerged was a blend of the recipes I'd looked at and the flavors I was dreaming out. Healthy, hearty, and happy-making, this soup is going to be in regular rotation. 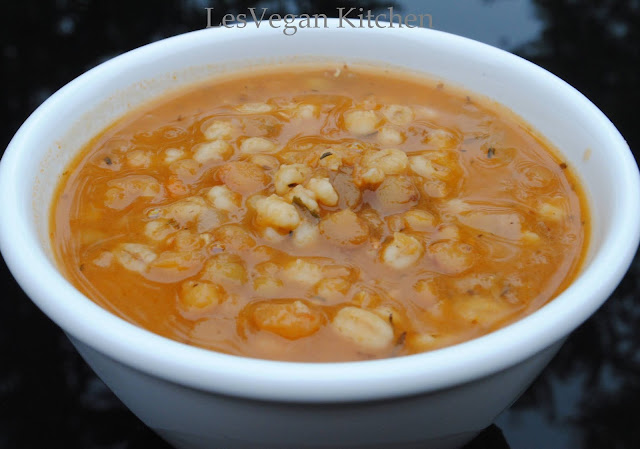