Tonight we had a friend and her super cute 8 month old over for dinner while her husband was out of town. When making our meal plan for the week, we'd planned on lasagna for tonight. Often, when we make our meal plan and need to supplement a main dish with a veggie or two, we simply write "veggie" on the meal plan and the grocery list. Then, while at the store, we see which veggies are in season, look delicious, and/or tempt our taste buds. This past Sunday, while shopping, I saw some beautiful organic romaine lettuce and something clicked in my brain. I was going to make a vegan Caesar salad!

There are actually quite a few recipes for vegan Caesar salad out there. I combed through my cookbooks at home and found one in three of the first four books I checked! However, none of them were quite what I had in mind, all for some reason or another. For example, one included capers. I've tried to cook with capers before, but it was a disaster (which makes sense as neither of us like briney foods). Another didn't have anything in it that seemed like it would be creamy enough for what I wanted. Thus, I improvised and made something delicious!

Now, to be honest, I'm not sure I ever ate Caesar salad in my pre-vegan days. I know that my dad has a recipe that other people love, but since I've not eaten his Caesar recipe - nor anyone else's, for that matter - I can't even begin to guess if this approximates the taste of a non-vegan Caesar dressing. In thinking about a clever name, I tried to ask my colleague who teaches in Ancient & Classical Studies if Caesar had an assistant or anything, but he was very upset* that I would be referencing the wrong Caesar. But whatever I call this, we all (including the 8 month old) enjoyed our salads! The dressing is a cinch to prepare and the homemade croutons are just as easy but 10 times as good as store-bought. 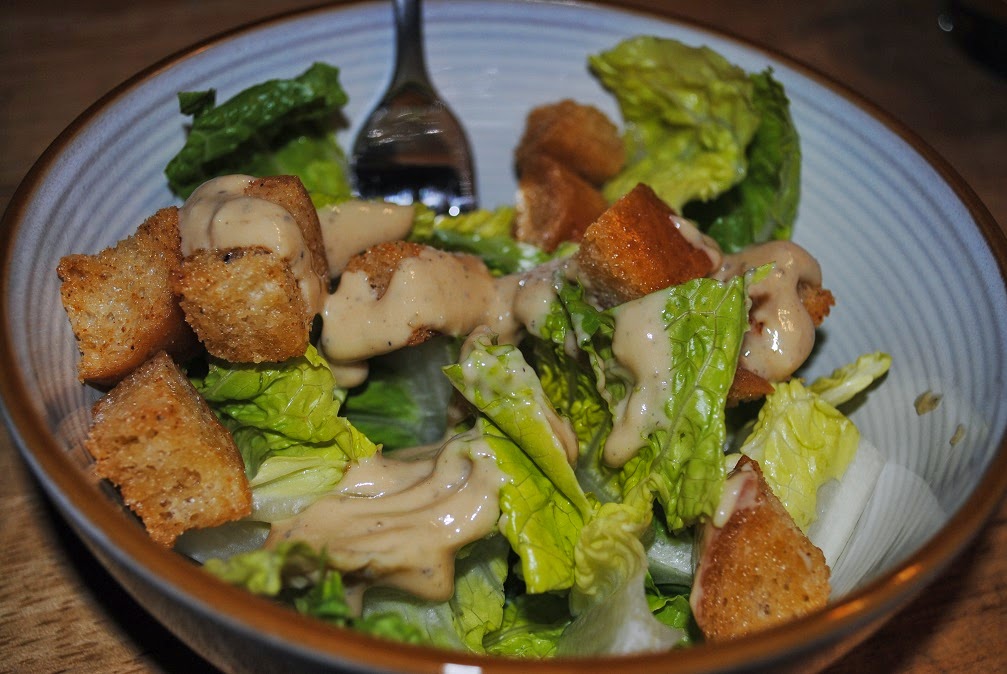 This semester is insane. Aside from my mom dying, I've been feeling all semester that I may have finally bitten off more than I can chew (food joke partially intentional). I'm finally feeling slightly less like that today, which could be due to the fact that spring break is next week, or that I got a massage last week, or maybe I've just finally habituated to being as far behind as I am currently. Who knows. Regardless, the feeling of partial relief and a recipe success means I'm finally posting something new here! I'm also hoping to cook a few more things during spring break.

Remember the friends who cooked for us before we went to Minnesota? They rock. Mike, the one who went to culinary school, also stocked our freezer with two meals while we were gone (two other friends did the same). One of the dishes he put in our freezer was a tortilla soup to cook in the crockpot. I cooked it last week while Shana was gone and thought it was delicious. However, I knew she wouldn't eat it because it had too many "chunks" (read: pieces of tomato). Despite the chunks, I thought she would really like soup, so I decided to make it again this week with a few tweaks to make it Shana-friendly. It worked - a super delicious Shana-friendly new meal! It's SO easy and relies on convenience ingredients, which makes it a snap to put together in the morning. Plus, dinner's ready when you get home and you can throw any leftovers in the freezer (we didn't have any to freeze, though). This soup is a winner any way you look at it! 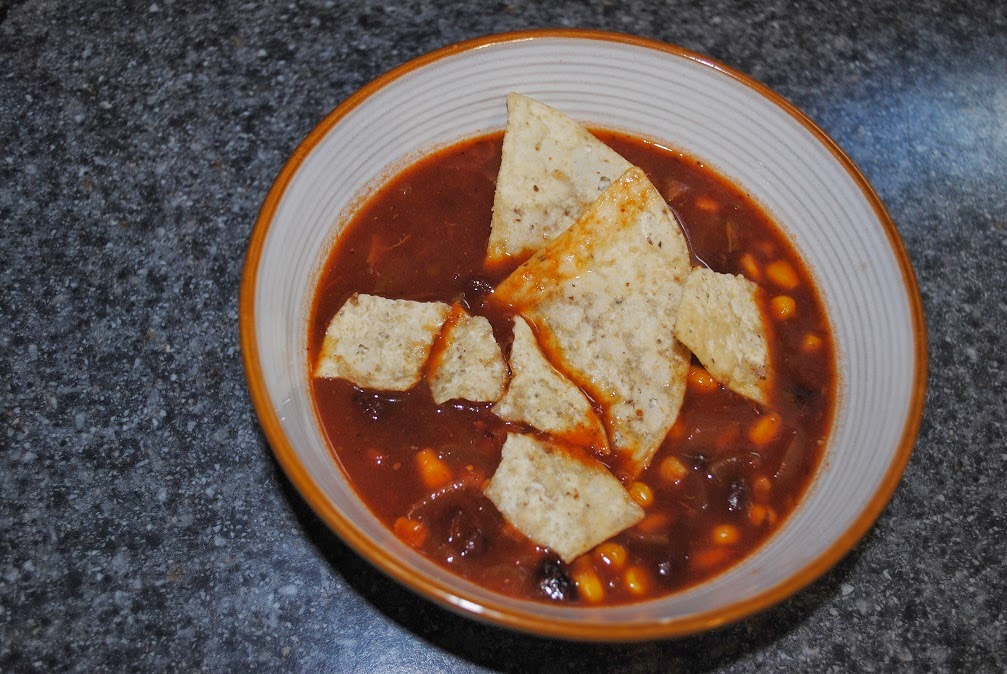