I'm procrastinating; I should be grading. However, I'm all set for my classes tomorrow and grading just doesn't sound fun (sorry, students, but it's not). I'll grade after I finish this post, I promise.

Since it's Tuesday night, I'm on my own for dinner, which means a Lazy Dinner. In the past couple of weeks, I've been really bad at cooking/eating at home the nights that Shana's gone. More recently, I've been grabbing food at the few places I can eat here in town. That's just silly. With the same effort it takes to drive across town, wait in line, and bring food home, I can stand in my kitchen in comfy clothes and eat delicious dinner for easily 1/3 of the price of me eating out.

Tonight my plan was Lazy Dinner Bean Burritos. This dinner is SO easy and so cheap. You can add whatever you'd like and make this dinner your own. If you need to scale up to make a quick dinner for 6, you can do it. Moreover, there's no need to actually buy things for this dinner, as you can make it with things you'd keep on hand. I did buy one thing for tonight, but that's just because I planned ahead. Had I planned better, I would have added a couple more ingredients. Oh well, that'll be for next time. Last Sunday I woke up really early (just before 6) and couldn't get back to sleep. After tossing and turning for a while, I decided to get up and be productive. For the record, productive on Sunday morning means reading the paper while sipping a single cup of French pressed coffee. After I finished the paper, it still wasn't late enough to wake up Shana, so I decided to do some work. For some low-level background noise, I turned on the TV. I'm not sure how much Sunday morning TV you watch, but there is not a lot on that interests me. I decided on the Food Network.

At this point, I'm not even sure what show I was watching, but I assure you that it was not a vegan-friendly cooking show. Somehow or another, I came away with two new recipes I wanted to veganize. When I mentioned the idea of a vegan "chicken" and noodles dinner to Shana, she seemed cautiously interested. We put it on the meal plan for this week. As the week progressed, Shana got more and more excited and kept saying that she wanted something like the "just boil water" pasta sides of her college days (read: weekend late nights).

Veganized chicken and noodles was on the menu for tonight. I'd come home late after an outing with some colleagues and hadn't had enough time to look up a variety of recipes to get some ideas, which is my general plan when I'm making something new. Instead, I came home, grabbed ingredients, and got to work. The resulting dish ended up being a delicious (and less chemically-laden) version of a comfort food. Shana was in heaven. 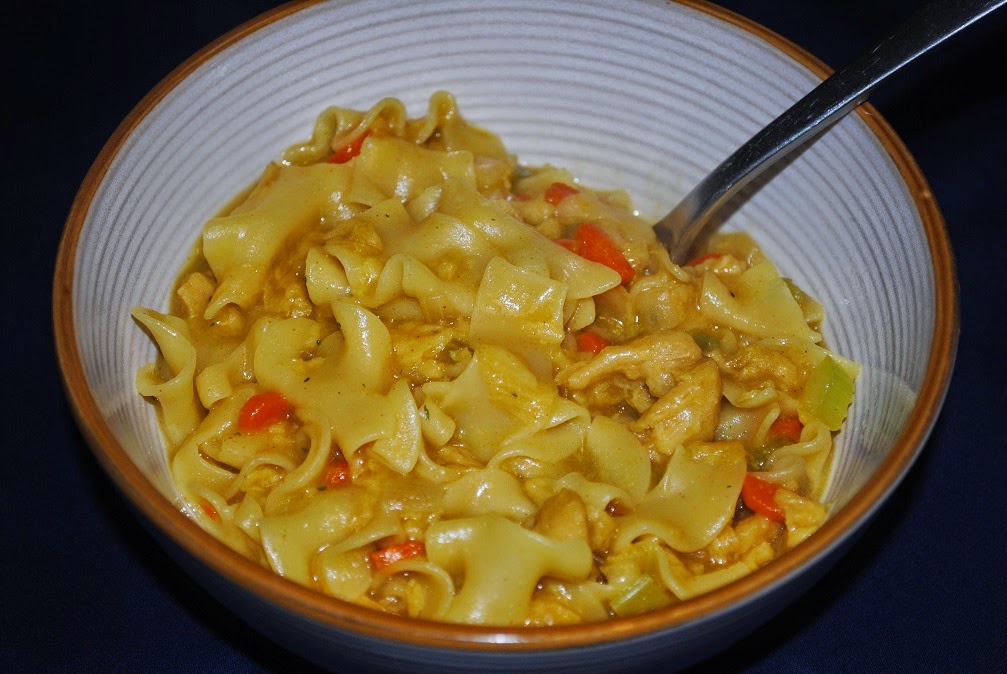 I am in charge of a loosely-organized mostly-social group on my campus that consists of new(ish) faculty. We had a ton of new people arrive this year, so I've planned some events where people can get to know one another. As it turned out, many of the new folks to arrive on campus have small children, so I decided that a late afternoon weekend potluck might be just the thing for those new folk for whom an after-work happy hour would be a scheduling nightmare. (For the record, it was a great success and there were many small people happily running around.)

While talking with Shana about what we should bring to the potluck, she mentioned an old recipe of mine that I hadn't pulled out in a while - a hot artichoke dip. I used to make this all the time while in grad school; it was my go to recipe for bringing to football game viewing parties, someone-did-something-so-let's-celebrate parties, or really any time a group of people gathered together. It was quite popular and always devoured. In fact, I would bring it to a party, set it down, and people would descend upon it, barely talking until it was gone. When we moved to western NY, I ended up making it for a party, but it didn't go as fast. I started making other things, and we just kind of forgot about this recipe. Upon bringing it to this potluck, it was devoured! 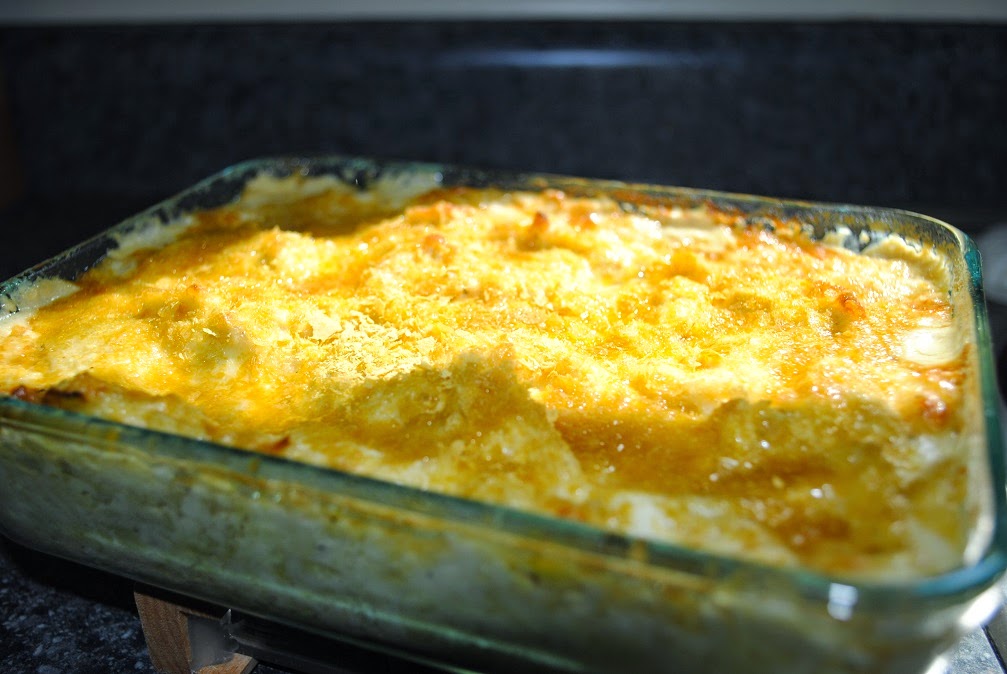 Now, this is NOT a good for you recipe. It's high in fat, although because it is vegan, the corresponding non-vegan version would be very high in fat and cholesterol. Anyway, I just thought I would give you fair warning that this is definitely a once in a while type of treat. But wow, what a delicious treat.