When we first moved to Richmond, we kept ending up at different grocery stores in town at the same time as another couple close to our age. In addition to them grocery shopping at the same stores and at the same time as us, we noticed that they never had meat, cheese, or eggs in their cart. At some point, we finally decided to introduce ourselves to them. In doing so, we found out that they are vegan, grew up around here, and are just plain awesome.

Since then, we've had great times with our "grocery store friends" (which is the name of our group text message). We have sporadic dinners, they come to vegan potluck, and Brent & Shana did carpentry school together.

When we eat together, we often ask Amanda to cook taco soup. It's seriously so good, on its own and with add-ins like faux cheese and avocado. I'd tried to replicate it, but mine was never as good. I finally asked for the recipe so that I can make it more often than our busy schedules align (plus, it feels rude to have her always making the four of us dinner!). With the string of cool summer weather we've been having in Indiana, this was a perfect meal for us to eat this week. It tastes like summer, doesn't heat up the kitchen (it's a crock pot recipe), and still warms your insides. 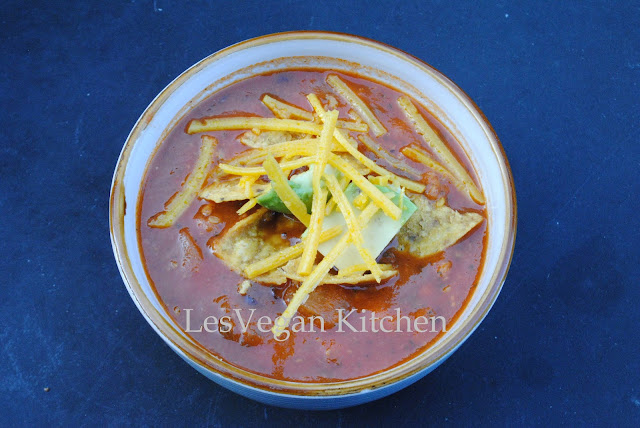