Shana and a group of friends have started a once-a-month brunch. When she told me about the first one, I'd already planned another morning event, meaning I didn't attend. Coming home afterward, she proudly announced that we were hosting the second month. Fast forward and we are into month three.

Here's the problem: I'm running out of brunch recipes.

Let me clarify. I'm running out of brunch recipes that travel well and will be more or less a meal for me and Shana, as no one else in this group is vegan. I've got a few more ideas in mind, but I'll take any ideas you've got!

For tomorrow's brunch, I'm bringing these high-protein breakfast cookies. These were a recipe my sister-in-law was making when she was following a paleo diet. Shana tried them and loved them, so got the recipe for me. With a minor edit they became vegan and are absolutely delicious. There was a while when I was making a double-batch on the weekend so we could both grab a couple for breakfast during week. I just might have to start doing that again... 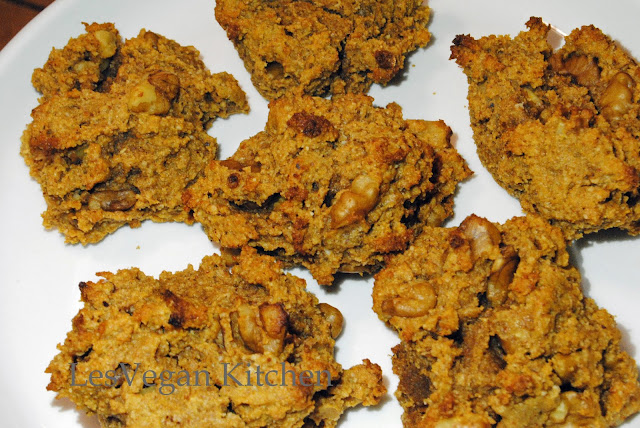