Everybody. We have a CSA this year. An organic CSA.

Don't know what a CSA is? It's awesome! CSA stands for Community Supported Agriculture and it basically works by people like me & Shana paying a farmer before the growing season for a share of the crops that are grown. If you want more information, check out Local Harvest or Wiki. Today was the first day that we got our CSA share from Christopher Farm. I am SO EXCITED about it!! Here's a picture of what was in this week's share.

I've decided to post our weekly shares and have created a new tag for CSA-related posts. I'm very hopeful that the CSA will force us to explore new veggies. For example, this week I'm going to try a carrot-top pesto, a carrot-top soup, and roasted garlic compound butter. I've been feeling a bit in a cooking rut (as I think I do every spring), so having all of these ideas feels awesome. YAY!

It seems like I am starting every recent blog post with an apology. I've been gone for over a month, but again, my absence has a good reason: we bought a house! The closing happened early in Feb, then my dad came to help us do stuff in the house for about a week. Then I went to a conference, then I went to another conference, and then we officially moved when The Bests (what we call our best friends) came to help about two weeks ago. Since then, we've moved all of our stuff and unpacked enough that we can functionally live. There are still boxes and there's no art on the walls, both of which will make me crazy pretty soon. Here's a picture of our house right after the closing!


The days we moved, I spent an entire afternoon organizing the kitchen. Since the kitchen is mostly my domain (and Shana hates the unpacking part of moving), Shana and The Bests just let me work. I'm glad they did, because I got the kitchen organized and ready for cooking. Less than a week later, Shana and I hosted 6 good friends for a nearly 100% vegan non-Kosher Passover Seder. It was so much fun!

For the second year in a row, I cooked what we've lovingly referred to as frisket - faux brisket. Shana grew up having brisket at nearly every major family gathering, but she recently learned that many non-Jews didn't have the same experience. I can count on one hand the number of times I had brisket growing up. Although neither Shana nor I are religious at this point in our lives, Seder is a beautiful tradition (and I've written about loving traditions). Due to our lack of a specifically religious identification with the meal, we feel a bit more free to deviate from some of the required elements, such as all the food being Kosher for Passover. Thus, this delicious (but unattractive) main dish isn't religiously sanctioned, but it is an interpretation of a regularly served dish. 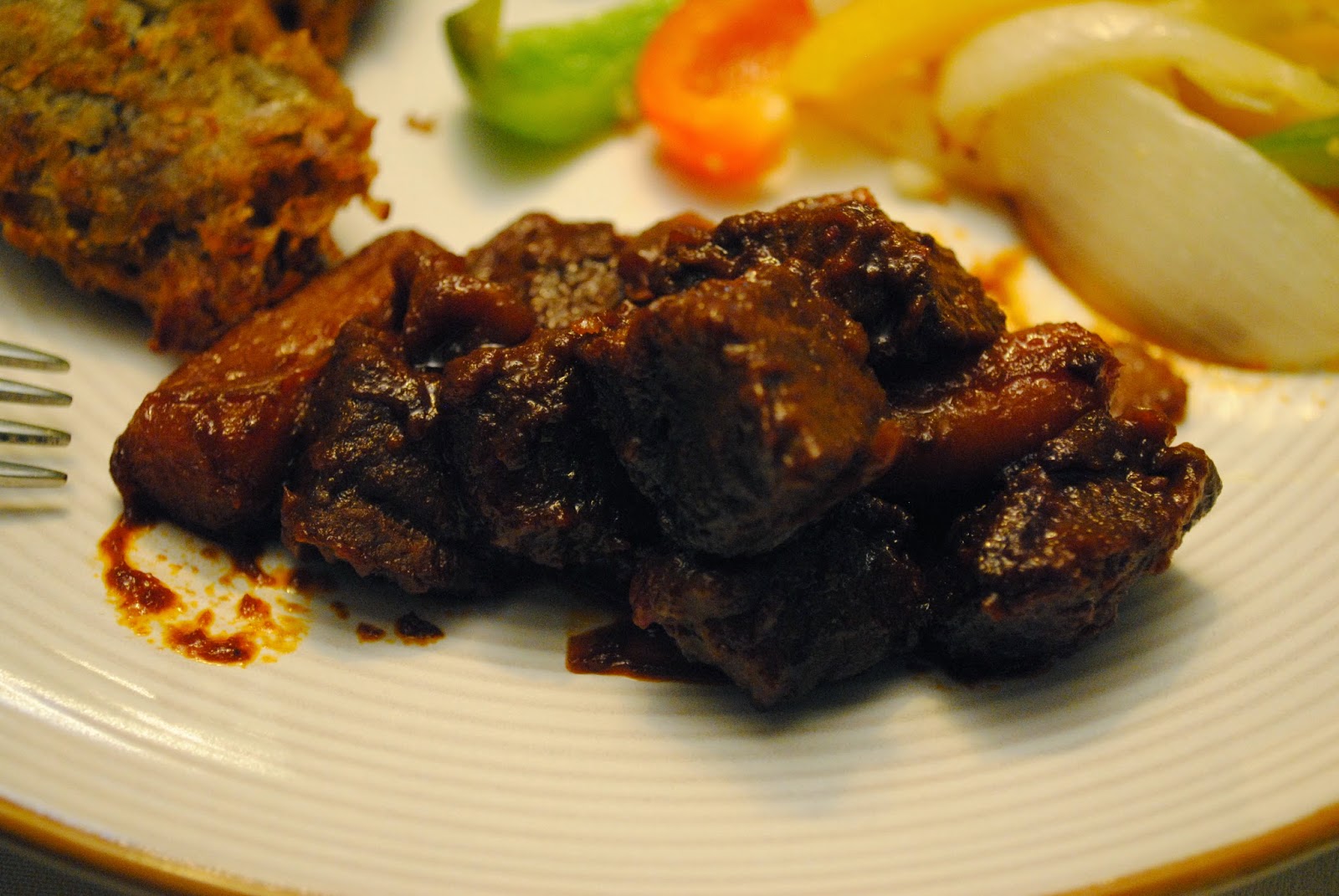