Even though spring is supposedly on the way, the first two and half months of the year are always tricky for Shana and I when it comes to planning dinners. Our best laid meal plans are often dramatically destroyed by Mother Nature. We'll have planned a lovely dinner just to have a major snowstorm force Shana to stay in Indianapolis. Thus, I'm more often trying to figure out random things for me to eat (e.g., the other night I had Alice Salad and mini tater tots, simply because I had all of that on hand). Luckily, I've got a number of Lazy Dinners that are easy to do.

This is another one of those dinners where I don't remember how it started. Maybe we saw someone else eating them. Or maybe I saw a non-vegan recipe and decided to veganize it. Or maybe something else happened that was equally trivial. Whatever the reason, these not-pigs in blankets are SO easy I feel badly calling them a recipe. But I guess that makes them a perfect Lazy Dinner (or game-watching food or snack).

Now, before you go all crazy and start making these all the time, I just want to say up front that these are not - I repeat, NOT - the most healthy thing for you to eat. They rely on heavily processed fake meat and high-in-fat bread-in-a-can. Obviously that means they're delicious. It also obviously means don't eat them all the time! As a occasional Lazy Dinner, they're great. 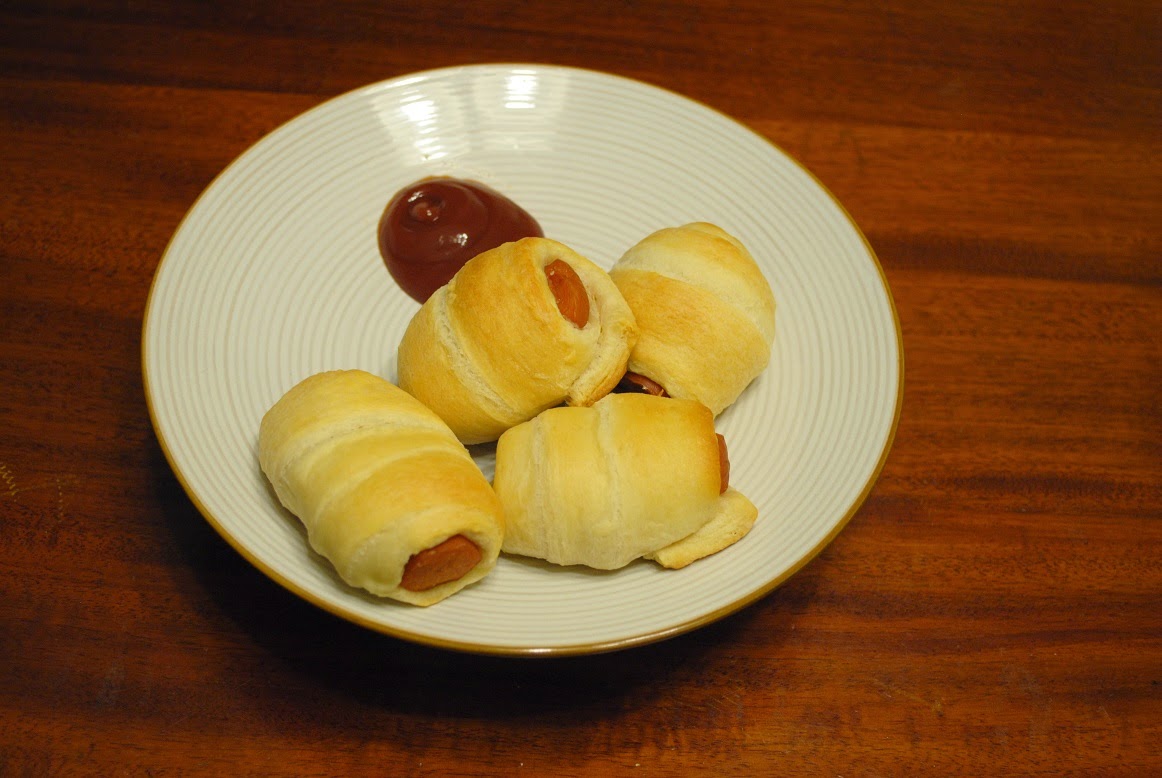